Being a school governor: Four different insights from Triplar and the NAS 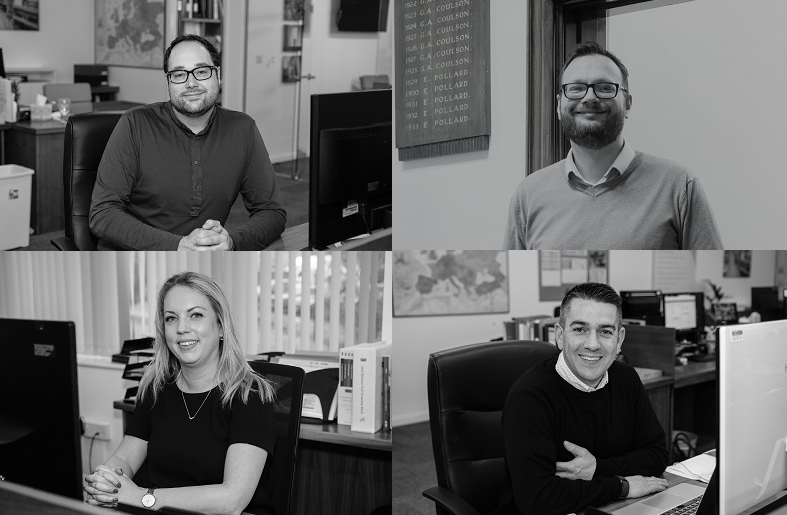 At school, extracurricular activities are always encouraged – they’ll look good on your college or university application, they’ll add another dimension to your CV, they’ll put you above the competition when it comes to an entry level job or apprenticeship. But once you’re an adult in a full-time job, what’s the point in doing something voluntary?

Below we hear from Tim Rodwell – Managing Director, Kat Drinkwater – Resource Director and Jason Castleberry – Account Manager from our member firm Triplar, as well as NAS Director James Filus, who are all school governors.

They share their insight into what inspired them to take on a voluntary role alongside their full-time jobs, why it is of importance to them and even how it has benefited their careers.

When did you become a school governor?

Tim: I began my first role as a governor in December 2015. I took on a board director position at a multi-academy trust of six schools (4000+ students and a budget of £24m+) that my original school joined in March 2019 and I became a governor of my son’s school in April 2019. My son’s school is a specialist school for children with learning difficulties and autism so that has presented me with an exciting new challenge!

Kat: Technically February 2019 however my first meeting wasn’t until July which is where I met the majority of the board.

What inspired you to get involved?

Tim: I have always been someone who values the community in which I live. I also firmly believe in a ‘use it or lose it’ ethos. So for me getting involved in making local schools the best they can be was a natural development of my engagement with my community. Having come from a background where I did not much enjoy my school years, I have always had a passion for education and in fact in the early days of my career I considered retraining as a teacher. I was directly inspired by a friend who had been doing a governor role as part of his management training and he recommended it to me.

Kat: My mother worked in schools in finance for 20 something years right up to retirement so I have always been exposed to school set-ups and processes. I saw becoming a governor as an opportunity to broaden my professional skill set whilst offering back my time and existing business knowledge for free.

Jason: I wanted to be a part of what and how the future generations were educated in our community.

James: My eldest son was allocated a place at a school which OFSTED had recently found to be ‘requires improvement’. I wanted to see what I could do to help the school improve at what was quite clearly a difficult time.

What sort of things have you had responsibility for as a school governor?

Tim: Finance and audit, health and safety, teaching and learning, quality and outcomes, procurement, head teacher recruitment, strategic direction, re-structuring. It really is an open door to get involved in areas that you have skills in or are passionate about.

Kat: It’s early days but due to the nature of my role at Triplar I have already been identified to head up the leadership and management workstream.

Jason: School budgets, revising school educational programs to offer quality over quantity in regards to the curriculum. Also, I was responsible for supporting our past school headmaster in finding an executive coach to support them in the managerial aspects of being a headmaster.

James: In my first year I was asked to chair a sub-committee on curriculum, standards and inclusion. I was then asked to become the chair of governors – with overall responsibility for the board of governors. The chair works with the school to set the overall vision and standards, while holding the principal to account for the delivery.

What is the importance of being a governor to you?

Tim: For me it is about using the skills that I have learned and developed over my career to benefit people and organisations who frankly don’t have the kind of funds it takes to access those skills.

Kat: For me becoming a Governor is two-fold. Firstly, it’s the prospect of growing both personally and professionally, by nature I am always seeking a new challenge. Secondly and most importantly it’s the opportunity to ‘pass it forward’; being able to offer a positive contribution to the daily routine of the school.

Jason: It allows me to be a bigger part of my own children’s education plus get more involved with the other kids and parents we don’t usually interact with.

James: I think volunteering, where you can add value or help your own personal development, is really important. I have had a successful career (so far) and want to give back where it is possible to do so.

Has being a governor benefited your career or affected your business decisions?

Tim: I think it has honed my long-term vision for myself and therefore for my business. Owning and managing a business is a huge privilege. Being able to use the skills that I have for that in a public arena is, for me, an even greater privilege. I think also that it has given me greater confidence in myself and my skills.

Kat: No immediate obvious benefits but even from one meeting I can see that just different challenges, processes and requirements of a school versus a LTD business is going to throw up all sorts of questions and new ways to consider things.

James: Absolutely. I don’t feel that I would have taken my first steps into senior management without the experience of being a school governor. I have also met some colleagues along the way who have been incredibly influential in terms of my career.

What would you say to someone who is thinking of becoming a governor or taking on a voluntary role alongside their job?

Tim: I have yet to meet anyone who has regretted it. My advice though would be, in the first instance, to set a limit on it. Say three years. That way you know you have a period of time to achieve your goals and that is very motivating. It doesn’t need to be (and in my opinion should not be) an endless commitment.

Kat: Your spare time is free, it is the one thing you can offer that doesn’t cost you anything. Don’t underestimate how valuable this can be.

Jason: Do it only if you have time to give it the full attention a voluntary role deserves.

James: Volunteering can be incredibly rewarding for both you and the people you are helping to support. If you have transferable skills, or would like to develop some, look for volunteering opportunities.

Kat: Ask me when I have a full academic year under my belt. ????

Jason: Be yourself and stand up for your own ideas. Show courage during meetings and don’t just go with the crowd.